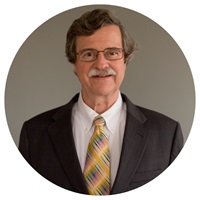 David J. Fayram graduated with a Bachelor of Science in Engineering from the University of Michigan in Ann Arbor in 1968. Three years later, he graduated with a Master of Science in Engineering Administration from Southern Methodist University in Dallas, Texas. He worked three years as a computer programmer at Texas Instruments in Dallas. In 1972, he moved to Madison, Wisconsin and purchased a General Business Services franchise.

In May of 1989, he was admitted to practice before the U.S. Tax Court after passing an examination given at the Court in Washington, D.C. on November 16, 1988. The examination is given every other year. David J. Fayram scored the second highest in his group of 59 people. This test is very difficult to pass, in 1986, approximately 80 people took the exam and only one person passed.

In David J. Fayram’s free time you might see him spending time with his wife Marilyn, reading, writing, or in a dance class.