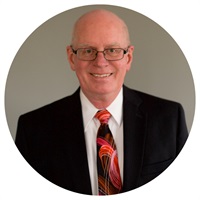 Mike Motiff graduated from University of Wisconsin - Madison with a Bachelors in Accounting and Finance in 1978.  He spent over two years working as a field agent with the IRS.  After leaving the IRS, he worked at two local CPA firms in their tax departments for eight years.

In 1988, Mike Motiff started his own accounting firm and became a Registered Investment Advisor in 1990.  In 1996 he became an Enrolled Agent. Enrolled agents must pass a difficult two-day examination administered by the Internal Revenue Service (IRS) to demonstrate competency in all areas of the tax law.  This designation allows him to represent taxpayers before the IRS. He is a member of the Wisconsin Society of Enrolled Agents, and the National Association of Enrolled Agents, as well.